Urban Villages aims to bring together Roma and non-Roma to co-create a short film and digital scrapbook that offers insight into the project. The digital scrapbook exhibition focuses on the experiences, identity and voices of the Roma people in Coventry and sharing what the allotment project meant to them.

Urban Villages aims to bring together Roma and non-Roma to co-create a  short film, images and a digital scrapbook exhibition that focuses on the experiences, identity and voices of the Roma people told by the Roma people. The film will then be shared with relevant stakeholders and the wider community to foster closer links and challenge stereotypes. 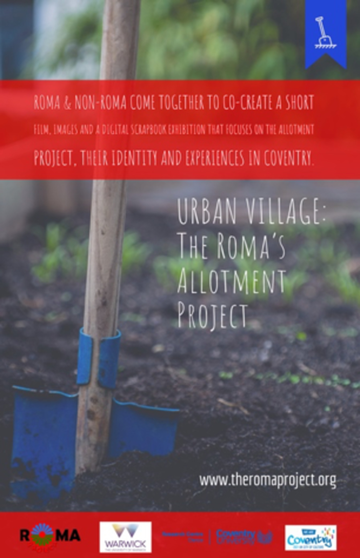 Roma Project is based in Coventry, UK.

The overall aim of The Roma Project is to tackle the exploitation of the Roma community in Coventry and to advance their social inclusion within the city. It will also use existing links to start to build a regional network that can become part of a national network of local voices.

Reel Master Productions was asked to support the production of the film. The company is respectful and understand the co-creative process.

Reel Master Productions was asked to support the production of the film. The company is respectful and understands the co-creative process.

The Urban Villages  project broadly consisted of facilitated online workshops and interviews to enable the Roma people to create their own voice and digital content for the production of a short film documenting their experiences and expressing their identity. This film and photographic stills were then presented at a sharing event for Roma people, stakeholders and the wider community with the support of the Belgrade Theatre.

Digital technologies are changing the way that people receive,  engage and consume materials and information. The project team aimed to make one medium-length documentary that captured the Growing Project and the voices of the Roma community, with a focus on the Roma women and youth. The film was captured by Reel Master Productions and Claudia Tranca and allowed the Roma families to produce still and moving images that fed into the final sharing and online scrapbooks. 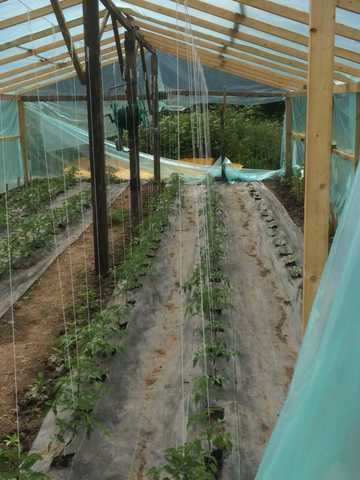 The Growing Project brings nature to the big city. In 2017 the Roma Project received funding from the People's Health Trust and the Roma families worked closely with the allotment owner and the city council to transform an abandoned space into a space where fruits and vegetables were cultivated. The families were bused from Coventry to the allotments.  Development, clearing and cultivating of the land and the families worked inter and intra-generationally to plant, maintain and ensure husbandry of the plants and foods they grow. 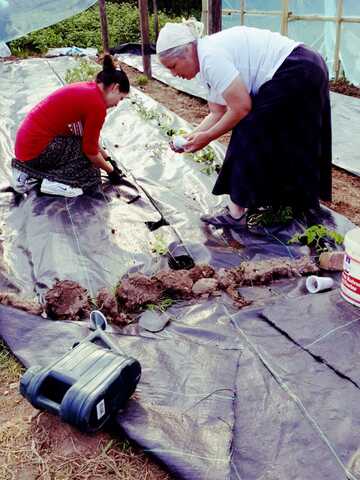 The research team had regular meetings with Reel Master Productions and the Roma Project to ensure that COVID19 did not hault the project. We found a safe solution and Heidi and Rosa wrote an article on the project for the Warwick University City of Culture blog. Thinking Creatively in a crisis was posted in May 2020.

The Coventry City Council supported the Roma Project. Particularly, Jon Gardner, who at the time was Community Developer Officer for the Council, liaised with Bernie Flatley and they worked with the community members to get a sense of what was needed for the local families.

After several conversations it was agreed to seek funding for ESOL classes and to find a way to honour the inter and intergenerational traditions of the Romanian Roma. Bernie observed that in Romania the Roma families produced their own food and nature was important to them. It was agreed that a project that could honour these customs would be fitting, and thus the Growing Project was born.

The Growing Project recieved funding from the People's Health Trust and  the funding allowed them to purchase the plots, buy materials and tools to get them started and to acquire a mini van that could shuttle them back and forth from the city centre to the plot located on the edges of the Coventry. 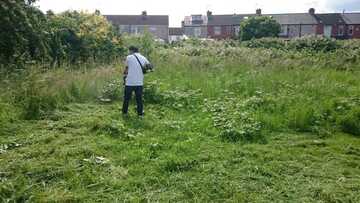 History of Allotments in Coventry

The word "allotment" originates in land being allotted to an individual under an enclosure award. The first recorded enclosure was about 1654-1658, but the period from 1760 to 1818 saw 3,500 Enclosure Acts of Parliament. In the first half of the 19th century some attempt was made to provide allotments in the Enclosure Acts, but it was not until the General Enclosure Act of 1845 that a determined effort was seriously undertaken.

That Act required that the Commissioners should make provision for the landless poor in the form of "field gardens" limited to a quarter of an acre.

By 1850 it had become widely recognised that allotments were parcels of land to be cultivated by a labourer, in his spare time, and for the provision of food for himself and his dependants. At this stage allotments were virtually confined to rural areas.

The urban allotment development was beginning to emerge, as evidenced by the "guinea gardens" brought into use on the outskirts of Birmingham as early as the second half of the eighteenth century. These however gradually disappeared as the outward spread of the city led to them being closed for building purposes.

The next stage was the Allotments Act of 1925, which required local authorities to recognise the need for allotments in any town planning development, but its main provision was to establish the "Statutory" allotment by enacting that any piece of ground purchased by a local authority for allotment purposes could not be converted to other purposes without Ministerial permission. This was to become, and has continued to be a corner-stone of current allotment legislation. 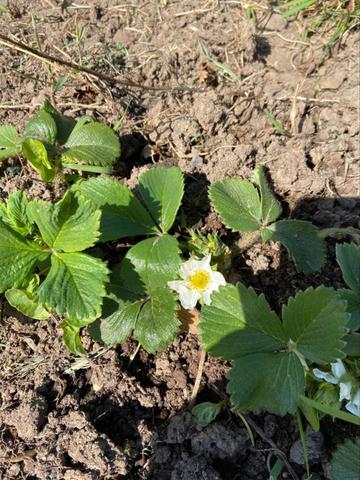 Jon Gardner was instrumental in securing the funding for the Growing Project and in actually finding the land.  There was an abandoned land that was in terrible shape. The space was owened by the White Friars Housing Association  and Jon and the association worked closely to gain all relevant permissions.

The land was acquired and the families and the Roma Project then took over and the Growing Project could commence. 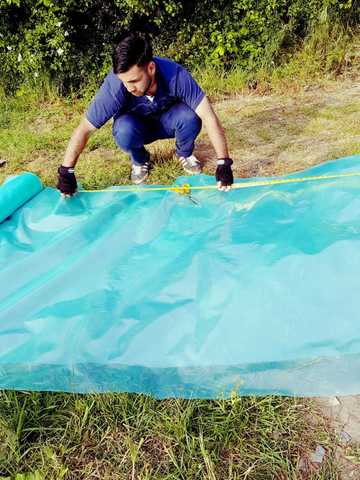 “The main reason we left Romania and came here is for our children, to give them the best opportunity to finish their studies and become professionals because, to be honest, we didn’t have this chance in Romania because of all the difficulties we’ve been through. But we wanted to give our children the chance for a different life.”

"We didn’t have anything but we believe that with hard work we can do anything ... make the impossible possible."

We asked young community members to explain what it means to be Gypsy.
“Wonderful. I mean being Gypsy is I don’t know I’m proud of it. It’s being confident in who you are and no matter your surroundings you keep your traditions and everything.”

And how it feels to be Gypsy in Coventry
“We’ve technically lived here our whole life so feel like we belong here now”
“We feel very comfortable because here in Coventry there’s so many different cultures, it’s a multi-cultural city and I think that’s why we feel comfortable and we’ve found our place here. And because of this there’s tolerance with one culture to another, there’s acceptance” 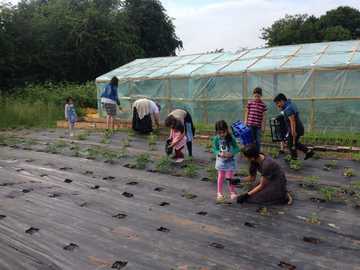 “We as Gypsies, we are people full of so much. We have a good heart."

“It would be lovely for you to visit now because it’s the harvesting time for the strawberries and they are delicious, sweet and organic.” 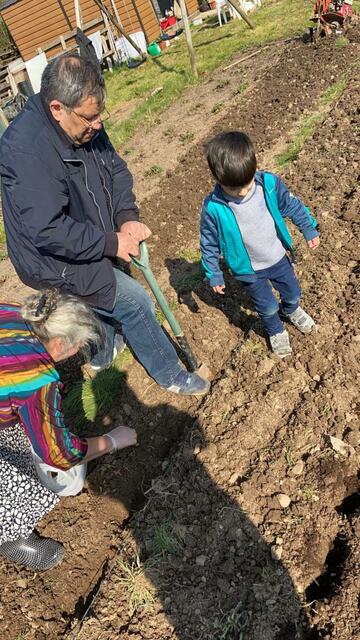 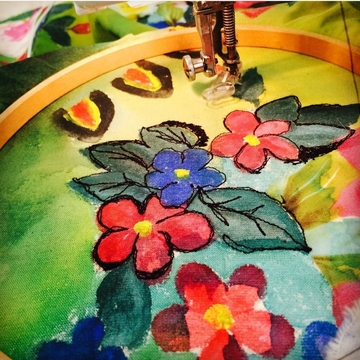 "I painted them at school ... and I was shaking all the time when I was holding the brush because it was at the beginning when I first came to the UK and I was the only one in the classroom who had no idea what was going on around ... I remember the teacher asked me to paint something that describes me, my personality ... so I decided to paint flowers." 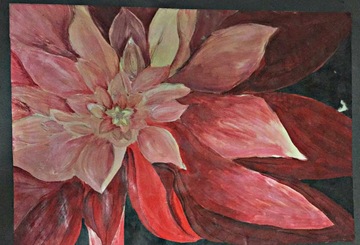 This was the first painting she created at the age of 16. She recalls being told a fictional story of a woman who drowned from loving someone.

What does home mean to you?

Where the family is.
Where you want to live forever.
Where you’re surrounded by love.
Where you find comfort. 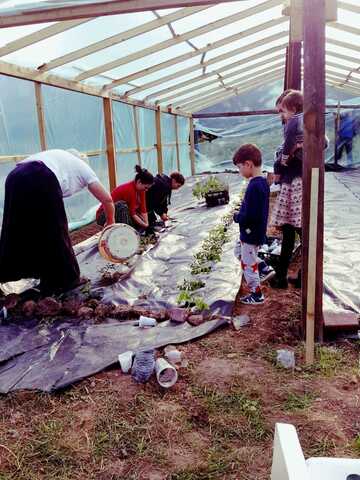 For young community members prejudice is a fact of life. This is how they experienced it:
"Do you ever feel that you have to hide that you are Gypsy?"
“In some situations I have to admit yes. Because of the fact that people discriminate and they change their views and their opinions on you and sometimes you just have to avoid it.”
“People from my age 15 or 16, in classes they just start talking about how Gypsies steal and they lie”

And this is their response to it:
“Letting them know that I’m Gypsy and showing them how I act, my kindness towards them maybe they’ll change their minds.” 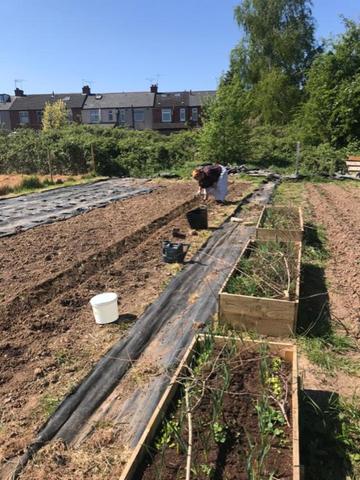 We asked members of the community how being a part of the growing project had impacted them.
"Me, as part of the community and part of the project as well, I feel like this was/is a great opportunity to show everyone and take pride that such beautiful, meaningful and useful things can come out of our hands and hearts. I feel so very proud of everything my family did there."

“What can we do to change opinions about us as a community? There is not very much you can do but the power of your own example. If you do the right thing and you are proud of yourself as a Gypsy and part of the community they will see that there are different not only bad Gypsies or thieves. There are good Gypsies like normal, University students are Gypsy, police officers, detectives, paramedics and I dream about doing something to save the environment and nature. I see myself in this area of expertise. At the moment I can’t do much I only help my Mum with planting.” 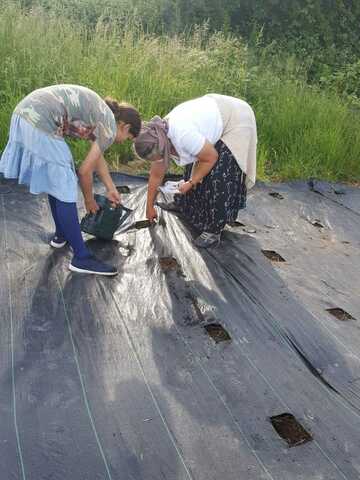